The advantages of having dinner early: this is how it helps you lose weight 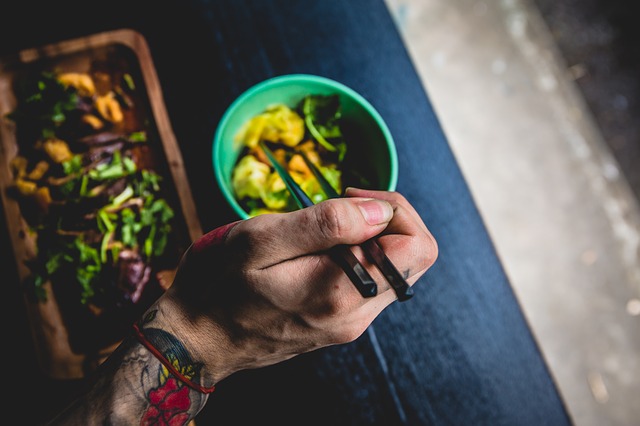 A study by researchers at Harvard University and Tufts University revealed that “eating late makes you gain more weight or lose less weight.”

The earlier the meals of the day are consumed, the more the risk of gaining weight is diminished, according to studies conducted by the teams at Harvard University in Massachusetts and Tufts in Boston in the US, published in the International Journal of Obesity.

“Having dinner late makes you gain more weight or lose less weight consuming the same calories than if you had them earlier in the evening,” asserted Dr. Marta Garaulet, Physiology Teacher at the University of Murcia and researcher at Harvard University Brigham and Women’s Hospital, who was involved in the research.

Specifically, a study with 420 people (50% men and 50% women) showed that people who had that main meal after three in the afternoon lost less weight than those who ate before that time, eating the same, doing the same amount of exercise and sleeping the same hours. Those who ate around 2:30 pm lost roughly 12 kilos and those who ate after 3 pm lost only 8 kilos.

“In this study we concluded that not only what we eat is important, but also the time when we eat. In addition, we discovered the metabolic rationale. We detected the presence of a peripheral clock in our adipose tissue that, depending on the schedule, activates or deactivates genes that affect weight gain or loss,” Garaulet said.

In obesity, the main tissue is adipose tissue. The excess energy accumulates in this tissue, and when there’s an excessive accumulation of fat, obesity appears. From a chronobiologic point of view, adipose tissue is a peripheral tissue in which ‘clock’ genes are expressed playing a fundamental role in the physiology of the tissue, and in the pathophysiology of obesity.

These ‘clock’ genes are able to regulate the rhythmic expression of several bioactive substances secreted by adipose tissue such as adiponectin, leptin and resistin, among others that affect systemic metabolism. Recent research shows the importance of the correct functioning of the “clock” genes of adipose tissue and the effect of their desynchronization on the development of certain diseases such as obesity.

Recently, Dr. Garaulet and Frank Scheer, also from Harvard University, published a study on human fatty tissue that showed that the time we tolerate sugars best is around noon, while at night, that carb tolerance decreases up to four times. “We saw that the peripheral clock of adipose tissue regulates insulin sensitivity. The less insulin sensitivity, the greater the risk of accumulating calories from excess carbs consumed as fat,” Garaulet explained.

According to the expert, the body has a ‘peripheral clock’ in the adipose tissue that, depending on one’s schedule, activates or deactivates genes that affect weight gain or loss. Diet is one of the most important synchronizers of our internal clock, along with light and exercise.

“When we eat, we set the peripheral clocks of the organs involved in digestion, such as adipose tissue, the pancreas, the liver, the gut and the stomach. If we eat at a later time, there’s a mismatch with the central clock located in the hypothalamus. This causes a disruption. And this situation has been related to depression, cancer, obesity, diabetes, Alzheimer’s, and in general to all the degenerative diseases,“ according to Garaulet.

The role of the microbiota

A healthy and balanced microbiota is also essential to ensure a proper digestive function, since these bacteria contribute to isolate the organism from the external environment so that toxic substances don’t enter.

In a very controlled study of 10 women who ate the same food for two weeks, one week they had the main meal at 1:00 p.m. and the other at 5:30 p.m., it was observed that when they ate late, the rhythm of bacterial diversity in their saliva was completely reversed. This means that there’s a rhythm that changes the diversity of bacteria in the body throughout the day.

“This diversity defines physiological health, and the more diversity of bacteria there is, the better,” Garaulet said. When we eat late, the rhythm is completely reversed and this inversion produces a microbiota pattern typical of diseases such as the one characteristic of obesity, certain types of inflammation, metabolic syndrome, and even Crohn’s disease. In order to improve the microbiota, Garaulet advises to eat a Mediterranean diet, “since it’s very favorable for our bacterial diversity.”

Carbohydrates: What pathologies should we be careful with?
June 10, 2019

A rare, fatal disorder was corrected in eight newborns by ‘touching their DNA’
June 3, 2019