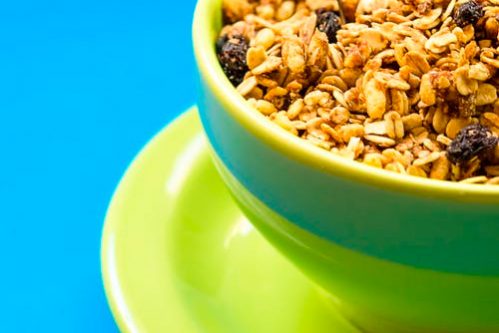 Carbohydrates are a source of energy and nutrition essential to any balanced diet. However, this food group has always been surrounded by false beliefs that have resulted in many people removing them from their diets.

Laura González, Head of Nutrition and Health at Nestlé, once again puts the spotlight on the second level of the nutritional pyramid: carbohydrates. In the last “El Bisturí”, the weekly radio show of EFEsalud, the nutritionist takes us back to the origin of this food type, revealing curiosities and demystifying some of the most common misconceptions about this food type.

Origin and characteristics of some foods high in carbohydrates

The Egyptians were the first to make fermented bread. Wheat, barley, rye, oats, spelt, Kamut wheat, triticale and rye are some of the most common types of flour in the production of this bread.

Specifically, in the Mediterranean area, the most common bread flour comes from wheat, while in the countries of central or northern Europe rye flour is used instead.

Unfermented bread, in other words, bread that is made without yeast, is called unleavened bread. Pita bread, which is characteristic of the Near East, is an example.

Its origin is a little contradictory because there are several countries that claim it, for example, China, France, Japan and Italy.

Pasta is made from durum wheat semolina, which is a variety rich in gluten and water.

Although it comes from Southeast Asia, its origin is actually attributed to the Arabs.

The most consumed type is short round grain rice, but there are many varieties: whole grain, wild rice and basmati, commonly known as ‘long rice’ and very typical in Indian cuisine.

It was the basic cereal of the Aztec culture.

“Whole wheat bread is healthier because it has fewer calories…”

This is a myth; it isn’t true. The difference between whole grain cereals and refined grains doesn’t lie in the calories they have. The nutritional properties of whole grain flour (the amount of fiber, vitamins, minerals and other bioactive substances) are much greater than in refined flours. For this reason, whole foods are a healthier and more nutritious option, but in no case are they a light or low calorie food.

Sorting foods according to their potential to make you fat or not is an error. These foods, especially whole foods, are energetic, healthy and nutritious. What really leads to weight gain is an unbalance between what we eat and what we spend. A pasta dish cooked with tomato and vegetables isn’t the same as one cooked with meat and fatty sauces.

This is partly true, but let’s not panic. Foods, especially plant-based ones, have a wide variety of phytochemical substances. Many of these substances have potential anti-nutritious effects. This means that they’re substances that can slightly alter the digestion process or the absorption of some nutrients. However, this nutrient deficit will only affect those people who eat a diet that’s abundant in a specific food that contains these substances and who consume them through culinary methods that don’t involve heat.