Eating chili peppers would help reduce the risk of death from heart attack or stroke. 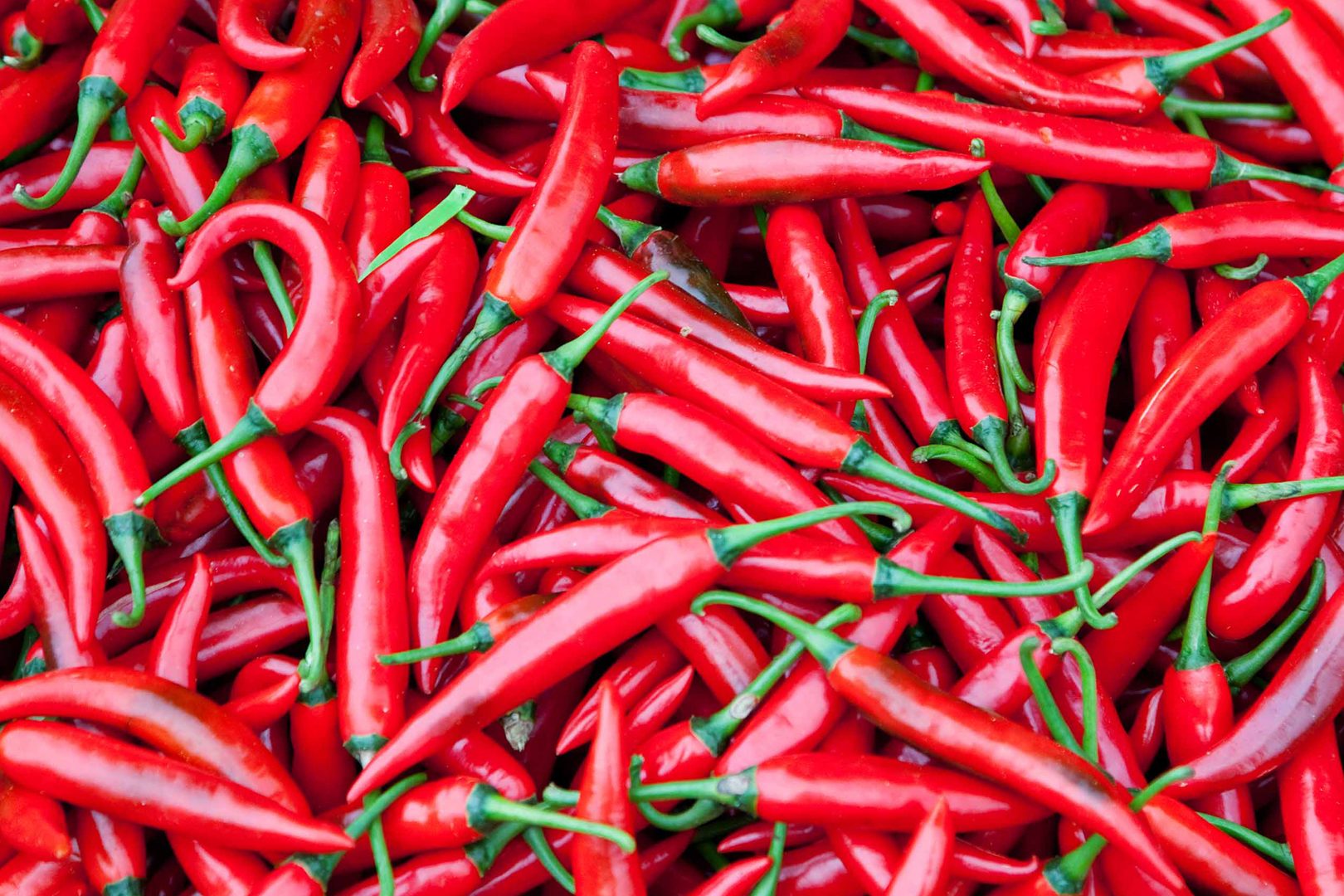 Regularly eating chili peppers – peperoncino or hot pepper – could reduce the risk of dying from any cause by up to 23%, from cardiac events such as a heart attack by up to 40%, and from stroke by more than 50%.

Chili peppers are part of the gastronomy of many countries, such as Mexico or Asian countries, and there are many cultural and health associations that have been created around its consumption. Now, a new study, conducted by members of the Department of Epidemiology and Prevention of IRCCS Neuromed in Pozzilli (Italy), has found that eating hot peppers – also known as chili pepper or peperoncino – could reduce the risk of dying from various causes, especially from heart attack or stroke.

The research, which has been published in the Journal of the American College of Cardiology, included 22,811 people over the age of 35, who completed questionnaires about their eating habits over a period of 8.2 years. 24.3% of the participants declared having eaten some of these peppers at least four times a week, and 33.7% rarely or never consumed them.

Chili pepper protection is independent of the type of diet

Once they adjusted the data to age, sex and energy consumption, they found that those who ate chili peppers at least four times a week had a 23% lower risk of dying from any cause, compared to those who didn’t include it in their diets or only did sporadically. In addition, the risk of dying from cardiac disease such as heart attack was reduced by 40% and by more than 50% in the case of stroke.

Capsaicin, a substance found in chili peppers could be the cause of this reduced risk of death when eating this type of vegetables.

Although the research was done in Italy, where chili is associated with the Mediterranean diet, Marialaura Bonaccio, the main author of the work, explained that they found it interesting that this association was independent of the type of diet a person was eating.

Apparently this happens because the protective power of chili peppers would be found in capsaicin, a substance characteristic of the fruits of various plant species of the Capsicum family, which in previous studies has been associated with improvements in cardiovascular functions, with metabolic regulation and even with the stagnation of lung cancer metastasis.

Even so, they warn that the study is observational in nature and that further complementary research is needed to learn more about the biochemical mechanisms that occur when we consume this type of hot vegetables.