Fetuses, DNA, vaccines and autism: another attempt to support the anti-vaccine movement that has no evidence either (Part 1 of 2) 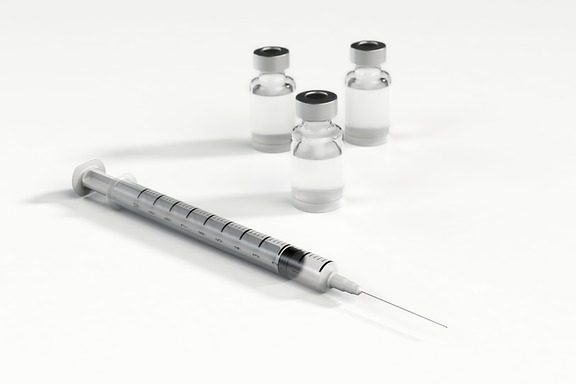 Among the arguments laid by people who oppose the application of vaccines, there are some that refer to some components (or supposed components) these medicaments contain: thiomerosal, mercury… in some cases they mention human DNA, which they point out as the culprit of that supposed link with the risk of autism (a link of which there’s no evidence and which stems from a great scientific lie, as we already explained here).

This idea of human DNA in vaccines is always accompanied by a mention of abortion (that DNA supposedly comes from aborted fetuses), turning the opposition to vaccines not only into something scientific but also something moral or religious. This evidenceless carousel of the anti-vaccine theory is mixed with biased explanations full of utter lies. Let’s go to it, part by part.

Vaccines are a way to strengthen the immune system by exposing it to pathogens of a certain type, usually viruses, but in a weakened version so that our body develops the antibodies necessary to fight the original infection if necessary.

In order to create these viruses they have to be grown, and that can’t be done on any surface. Viruses need cells to infect to survive, and that’s what researchers use as a culture medium. When vaccine research began in the early 19th century, living animal cells were used. Actually, vaccines are called that way because the first ones were extracted from cows (vache in French) and calves.

The most efficient option for the production of vaccines is the use of cell cultures, cells that are grown in an artificial environment in a controlled fashion. These cells can be of animal origin or of human origin, and one or the other is used depending on their features.

How do you get a cell line?

Cell cultures stem from cells extracted from a living organism. To do this, a tissue sample is extracted from an organ (for example a human or animal lung), which contains different types of cells with different features. From there, different processes are applied to refine and select those specific cells that are of interest for research.

When the desired subculture is obtained, these resulting cells (which are descendants of those that were in the organ from which the direct sample was taken but were never part of it) can be reproduced a certain number of times, thus creating a cell line that allows research to be conducted on them even when the original cells have already died.

The reproduction capacity of cells is considered to be limited in most cases (known as Hayflick limit), but in some cases they suffer some mutation and they give rise to what is called immortalized cell lines, which are capable of reproducing beyond that limit, multiplying their potential for scientific use.

One of the most famous immortalized cell lines is HeLa, initiated with cervical tumor cells from a woman named Henrietta Lacks in the 1950s. Her case is known because Lacks was an involuntary donor: the doctor treating her extracted and preserved part of her tumor without consulting her or asking for her consent.

The cells extracted from that tumor were used for decades (one of the characteristics of the tumor cells is their capacity to reproduce quickly) and her family found out two decades later when researchers also asked them for blood samples.

What was undoubtedly an ethically questionable scientific behavior, as we would regard it today (aggravated by the fact that research derived from this cell culture has produced economic benefits that neither her nor her descendants have received) had, on the other hand, a positive impact on public health: cells of the HeLa line (which never belonged to the body of Lacks itself) were used in the development the polio vaccine shortly after and for decades in research on AIDS, cancer, the effects of radiation and remedies against toxic substances among many others.

The first one is called WI-38. It’s a cell line developed from the lung tissue of an aborted fetus at 3 months of gestation for therapeutic reasons. It was sent to a laboratory to further study the rubella virus, which caused a huge epidemic in Europe and the United States. From samples taken from its lungs, an immortalized cell line was developed in which the viruses, such as that of rubella itself, grew easily and free of contaminants, so it was used to develop the rubella vaccine and other vaccines for application in humans.

The other one is known as MRC-5 and comes from an aborted fetus in week 14 for medical reasons in 1966. Some vaccines have been produced from the cells of that cell line including the MMR vaccine for varicella and the polio.

These are the only two cell lines of fetal origin that are used or have been used for the development or production of vaccines. Both were therapeutic abortions after discovering that they suffered from a serious disease (in other words, they weren’t planned abortions to research on the fetuses), and it was the subsequent analysis of the fetuses that resulted in the extraction of tissues, which in turn gave rise to the said cell lines. No new tissues have been used to maintain these lines and the cells that have been used for the development of these vaccines aren’t part of the two original fetuses.

Cultures derived from these lines have been used in research, which has produced several vaccines, in addition to other biomedical research that has saved, altogether, millions of lives around the world.

Even so, this supposes an obvious ethical and scientific debate in which also religious questions are included. Even the National Catholic Bioethics Center has made a statement about this, putting the importance of getting vaccinated to preserve public health and child welfare over the possible conflict with the origin of these vaccines.

A compound in cruciferous vegetables could improve fatty liver disease
May 7, 2020