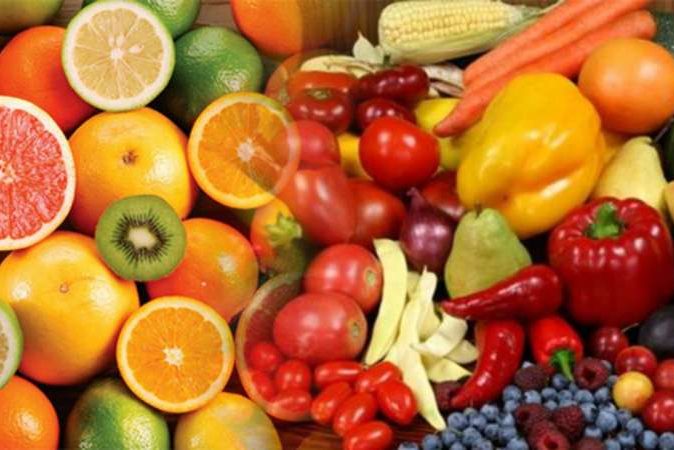 Each season has certain food products that nature provides in portions in the form of vegetables and fruits with the vitamins we need during every season of the year. In winter, one of the outstanding stars is vitamin C. Laura González, nutritionist, explains at “El Bisturí” what we should eat to fight the cold in February.

Some foods high in vitamin C.

These include lemons, oranges, tangerines, spinach, grapefruits, Swiss chards, cabbages and pumpkins, among others.

Every season nature gives us what we need and in winter we need to strengthen our immune systems. In this context, fruits and vegetables with a high vitamin C content are essential.

Laura González mentioned “it’s important to consume seasonal fruits and vegetables because they’re tastier and cheaper since they’re harvested at their optimum point of ripeness.”

Foods high in vitamin C contain energy and fiber, and are low in calories; Swiss chard and spinach, for example, stand out for that precisely, in addition to being a source of vitamin b2.

Citrus fruits belong to this group. It’s advisable to consume them whole and fresh, although their consumption in the form of juice is common.

“It’s important to know that most of the citrus fiber is found in the white part under the skin and between the segments which is often discarded, just like when making juice,” Laura González, Nestlé health and nutrition head explained.

In fact, if you have a plate of legumes with your food, it’s advisable to have a citrus fruit for dessert, because although the former are rich in iron, it’s low availability iron, and citrus fruits help increase the availability of this mineral.

The body neither produces nor stores vitamin C, so it’s important to eat many foods that contain it, since lack of this vitamin can cause gum bleeding, anemia or joint pain, among many other problems, González said.

“A serious deficit of this vitamin gives rise to the so-called scurvy, which is a disease that occurs in older and malnourished adults,” González added.

Vitamin C is one of the most sensitive vitamins, so exposure to excessive heat or even oxygen can destroy it, and the conditions under which food is preserved or cooked, may cause the loss of much of this vitamin.

Laura González pointed out that “it’s important to clean, cut or chop vegetables shortly before using them and when cooking them it’s important to use the right amount of water, boil the cooking water first before introducing them and cook them in the shortest possible time”.

Evidence reveals that the consumption of vitamin C for preventive purposes, both through food and in synthetic doses of one gram a day for several months a year, doesn’t have a preventive effect on the common cold.

Although it‘s often thought that taking a vitamin C supplement can help prevent a cold, this only works if you have low levels of this vitamin.

“What has been shown indeed is that people who take this vitamin daily, either in doses or through food, could experience a cold with rather milder symptoms; however, this effect doesn’t occur when this vitamin is taken once a person is sick,” González said. She also added that with just one orange or kiwi fruit, the recommended daily dose of vitamin C is covered.

A compound in cruciferous vegetables could improve fatty liver disease
May 7, 2020