Caffeine and breastfeeding: Does it affect the baby? 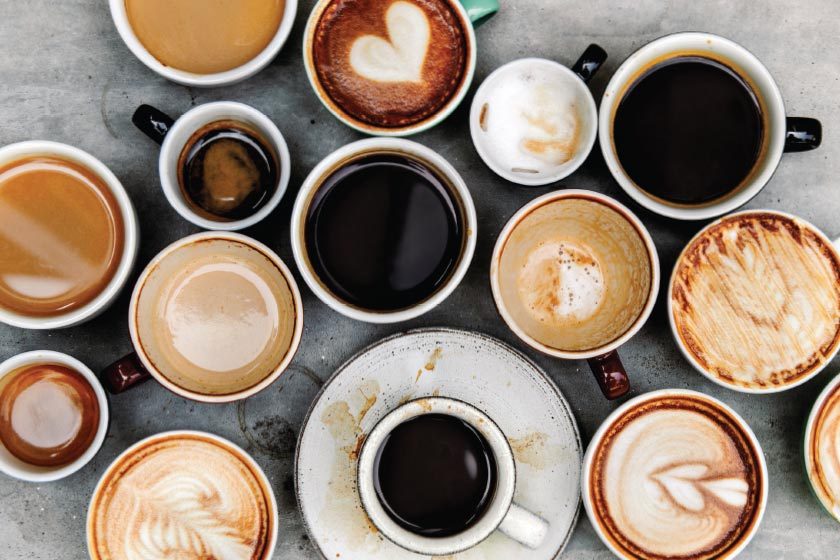 A limited consumption of caffeine during the pre-weaning period shouldn’t cause any problems for the breastfed baby, but coffee isn’t the only product that contains this exciting substance. We’ll explain what you should be aware of if you breastfeed your baby.

Motherhood can be exhausting; whether we have been told so or we have experienced it ourselves. It is especially so during the first months when besides the physical and emotional changes, we have to take care of the detailed attention a newborn baby needs 24 hours a day, seven days a week. And of course, for many women having a cup of coffee isn’t just a habit, it also provides them with the dose of caffeine they need to face the exhausting journey.

So suddenly a persistent fear or concern comes to mind: can I consume caffeine if I’m breastfeeding? Does caffeine affect a breastfed baby? Will the baby stay up all night? What should the diet of a breastfeeding mother be like? We’ll answer these common questions of mothers who breastfeed their babies.

In the book Un regalo para la vida, renowned pediatrician Carlos González points out that caffeine passes into breast milk, but in small quantities, and he recalls a 1985 study (Effect of maternal caffeine consumption on heart rate and sleep time of breastfed infants) which says that when mothers drank five cups of coffee per day (100 mg of caffeine per cup), neither the sleep nor the heart rate of breastfed babies was altered.

More than three decades later, in 2018, we found a systematic review of the effects of maternal caffeine consumption on breastfed infants. “The evidence of recommendations on caffeine intake for breastfeeding women is scarce, of limited quality and inconclusive. Birth cohort studies researching the potential positive and negative effects of various levels of maternal caffeine consumption on breastfed infants and breastfeeding mothers could enrich the knowledge on this issue, and lead to evidence-based advice for breastfeeding mothers”, the authors affirmed as a conclusion of the paper.

Diet stands among the most common concerns of new mothers regarding breastfeeding: does the diet of a breastfeeding mother really have any restrictions? On one hand, the diet of a woman who breastfeeds her baby should be balanced and healthy like that of any other woman. “The mother’s diet has very little influence on the composition of her milk,” Julio Basulto, dietitian-nutritionist said in an interview for the LactApp blog.

According to Basulto, it’s important to point out that women don’t need to “put their diets upside down” in order to breastfeed, which leads us back to the book Un regalo para la vida. In the book, Carlos González points out that coffee consumption shouldn’t be a concern for a breastfeeding mother. It can happen though that if a high amount of coffee is consumed, and other caffeinated products such as cola, chocolate and tea are also consumed, the most sensitive babies might show certain uneasiness. “If your baby seems nervous, try drinking decaffeinated coffee and cutting down on other sources of caffeine,” it said.

Safe amount of caffeine for the breastfed baby

While caffeine is a compound that occurs naturally in coffee beans, it should also be noted that it’s contained in other plant-based products such as tea leaves or cocoa beans, as well as processed products such as some sugary drinks, or the so-called energy drinks.

Breastfeeding moms could drink rooibos instead

Sara Garcés, dietician and author of the blog La opinión de Sara, added that the consumption of caffeine is something she advises to assess in a personalized way, since there may be babies who show the aforementioned symptoms with a smaller amount of caffeine.

Caffeine is an exciting substance that puts the central nervous system on temporary alert, so caffeinated products are often used to increase heart rate and reduce the feeling of drowsiness. If the question of consuming a product such as coffee is more a habit than a need for extra energy, you can drink decaffeinated coffee and tea. The amount of caffeine in these products is almost inexistent. Other drinks such as chicory or rooibos can also be an alternative if you prefer to live without coffee, always bearing in mind that, a priori, moderate consumption shouldn’t pose any problems.