Eating habits and genetics: Which one has the greatest effect on health? 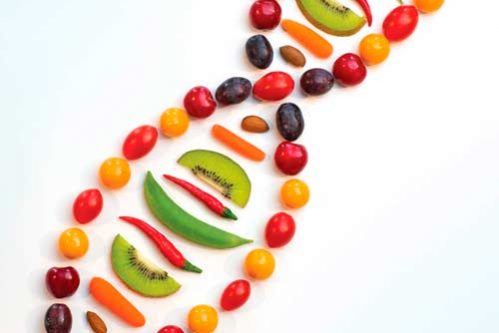 It’s true that our DNA plays an essential role in the potential onset of diseases. Whether it’s heart disease, various types of cancer, depression, Alzheimer’s disease or obesity, some people are more prone than others simply due to genetic causes.

However, in recent years, research has shown that there is another important factor at stake: lifestyle, which involves much of what we eat. But, talking about food and genetics, which one has the greatest effect on health?

The effect of habits on the onset of heart disease

American cardiologist Donald Lloyd-Jones affirms that there are more than 100 genes capable of increasing the risk of developing heart conditions. Seen this way, it could be discouraging for those who carry these genes, if it weren’t for the vital influence of healthy habits in modifying the deoxyribonucleic acid chains themselves.

To get an idea of this, even in cases of people over 65 who already suffer from a coronary disorder it’s possible, with physical exercise and good nutrition, to reduce the likelihood of heart attacks by almost half. This is a fact that shows evidence of the predominance of habits over genetics.

This has also been confirmed by another study carried out by the Harvard School of Public Health, which analyzed various conditions in cases of sudden death in women. They found that on women who ate a Mediterranean diet, the occurrence of this fatal phenomenon was minimized by up to 40%, a variable only surpassed by smoking (75%) and obesity (56%).

Food and genetics. Which one is more determining?

To understand the true significance of healthy habits, we shouldn’t see diet and genetics as two independent elements. As we anticipated, it seems that a good nutrition affects our DNA directly. In other words, in the molecules that surround it, whose composition gets altered through a process called methylation according to environmental factors such as nutrition. This whole process is included in the concepts Nutrigenomics and Nutrigenetics.

These chemical reactions are so decisive as to turn certain genes on or off, including those related to the onset of diseases. One of the most illustrative studies in this regard, also within the scope of cardiac pathologies, observed the behavior of chromosome 9p21, which is clearly related to various heart issues. This study, which included people from different ethnicities and used various external stimuli, discovered that the most decisive factor when trying to keep it inactive was the adoption of a diet high in raw vegetables and fruits.

Can anyone afford to eat a healthy diet?

The solution to optimize public health seems very simple; however, not all the people have the same opportunity to eat properly. Education, especially in countries with lower incomes, is key in this regard. An initiative by the University of Leeds, in collaboration with the WHO European Regional Office, confirmed this association after examining the situation of almost 30.000 inhabitants of 12 European nations. The participants’ higher education level corresponded to a healthier nutritional intake, particularly in terms of iron and folic acid levels.

However, the most vulnerable social groups, those with low incomes and less access to education could see their lives improved with supportive educational strategies. This is what Dr. Holly Rippin, lead author of the initiative said, who advises governments on the importance of an imminent implementation of policies in this regard.

Gene associated with thinness a potential target against obesity
August 24, 2020