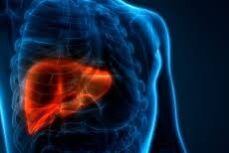 Normal, non-cancerous liver tissue can act as tumoral tissue when exposed to a high-fat diet, which links diet and obesity to the development of liver cancer.

The Laboratory of Cellular Metabolism and Metabolic Regulation led by Professor Sarah-Maria Fendt (VIB-KU Leuven Center for Cancer Biology), shows how the livers of mice fed a high-fat diet used glucose similarly as aggressive cancer cells do. This suggests that when the liver is exposed to excess fat, normal tissue could be primed to become cancerous. The study was published in the journal Cancer Research.

With global obesity and liver cancer rates increasing each year, understanding how excess fat availability can drive the development of liver cancer is important to understanding how the disease begins and how it can be treated. To explore this, Professor Fendt and her team tested metabolic changes in liver tissue from mice fed a high-fat diet at an early time when no tumors were present and at a later time when tumors had appeared. They found that before there were any clues that showed cancer was developing, liver tissue used glucose in the same way as tumors would. This elevated use of glucose is one of the best-known characteristics of cancer and is known as the Warburg effect.

After finding these first changes in liver tissue, they looked at what happens when tumors have fully formed. One way they measured this was by testing glucose sensitivity, which is generally rapidly neutralized by the body but is impaired in animals with obesity-induced diabetes.

Professor Fendt describes what they found: “Surprisingly, mice fed a high-fat diet that had a high tumoral load could clear blood glucose just as easily as healthy mice despite being diabetic. Using the latest 13C6-glucose technology through tracking technology, we were able to observe how glucose molecules were used in cells and tissues, and we found that tumoral tissue constantly breaks down glucose, regardless of whether the mice were fed a regular or a high-fat diet”.

These findings suggest that when cancer cells develop from normal liver cells, their metabolism constantly increases glucose expenditure. Since a high-fat diet causes these changes before cancer appears, this may mean that, on a high-fat diet, non-cancerous liver tissue may be more likely to become cancerous. The team also looked at deeper mechanisms for this effect.

Dr. Lindsay Broadfield, one of the study’s lead authors, said: “We found that, prior to any development of cancer, liver tissue exposed to high fat content appeared to use an alternative pathway for fat breakdown in a cell compartment called the peroxisome. By using liver cancer cells, we later confirmed that peroxisome metabolism increased cellular stress and glucose uptake.”

Cells can use fat in a number of ways: to obtain energy, to stimulate growth pathways, or to store it for later use. Scientists used the Lipometrix lipidomic platform at KU Leuven to see if there was anything unique about the accumulation of fat in tumor cells and found that the species and fat content in tumor cells were indeed different from non-cancerous liver tissue that lives nearby tumors.