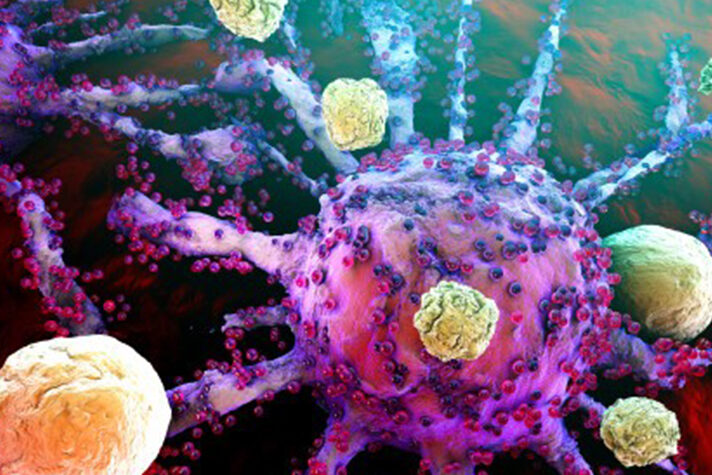 One of the patterns that emerged during the Covid-19 crisis was poorer outcomes for overweight or obese patients. This may have come as a surprise to some, but not to dietitian Prof Helen Roche, an expert in nutrigenomics.

Nutrigenomics is a branch of dietary medicine that investigates how the combination of what we eat and its interaction with our metabolism and genetic make-up influences our immune response to serious illness and increases our predisposition to diseases such as cancer and heart disease.

Roche emphasises that not everyone who is overweight or obese has a compromised immune system. It’s very much an individual response because obesity is a spectrum and it depends on where fat is stored in the body.

Peripheral or “safely” stored fat, typically around the thighs and bottom in women, is less of an issue than fat that deposits itself centrally around the liver. Some people can eat fat or fructose without a problem but in others the liver will immediately switch it to fat and store it thereby building up central fat stores.

Due to no fault of their own, some people don’t respond to either drug or dietary therapy.

The next step for Roche and her team is to take data from large samples of individuals and model it into a series of common indicators that physicians can use to identify high or low risk patients. “Due to no fault of their own, some people don’t respond to either drug or dietary therapy whereas others do,” she says. “It’s not that they’re not being compliant, it’s just the way their physiology and their genes work. In these cases, maybe other interventions, not just diet, would be more effective. It’s unfair putting people on an intervention that takes an awful lot of work (like a diet) when it’s unlikely to give a good result.”

When Roche started her research group two decades ago her focus was somewhat different. “At the beginning, it was the interaction between food and genes that absorbed my attention. Over time I realised this was too simplistic,” she says. “It’s also about how efficient or inefficient your ‘internal engine’ or metabolism and immune response are.”

How what’s been learned at a scientific level will trickle down into clinical application is a work in progress. However, Roche is already collaborating with Prof Suzanne Norris at St James’s Hospital who is an expert in NAFLD (non-alcoholic fatty liver disorder). “A key issue with NAFLD is that there are no drugs to treat the condition so Prof Norris is actively exploring emerging therapies such as those arising from greater insights from the research field,” Roche says.

As more epidemiological data on the pandemic has become available, obesity has emerged as a major risk factor for a severe reaction to Covid and admission to intensive care. Obese patients aged under 60 were more than twice as likely to need hospitalisation and those with a body mass index (BMI) of more than 35 were more likely to need ventilation. This was not entirely unexpected. Worse outcomes were also seen in obese patients during the 2009 swine flu pandemic.

Roche, who is the director of the UCD Conway Institute for interdisciplinary biomedical research, has a background in human nutrition and molecular medicine and has been pioneering nutrigenomic research for almost 20 years. She is leading a five-year project, in collaboration with Dr Fred Sheedy of Trinity College, into diet, immune training and metabolism funded by Science Foundation Ireland.

“While it is widely recognised that food and nutrition play an important role in health and disease, the cellular and molecular effects are not fully understood,” Roche says. “Nutrigenomics uses state-of-the-art ‘omics’ technologies to investigate the interaction between nutrition and the human genome to better understand the molecular effects of nutrition status on health”.

The whole area of immuno nutrition or ‘immune fitness’ is crucial in determining how someone responds to infection.

“For example, we have looked at how obesity and obesity-associated factors such dietary fats can suppress the innate immune response while we can also use nutrition to boost the immune response. The whole area of immuno nutrition or ‘immune fitness’ is crucial in determining how someone responds to infection. And it’s not just the interaction with genes, it’s also the way the genes work in terms of your metabolism,” she explains.