The new challenge of science to end obesity: turning off the “hunger hormone” 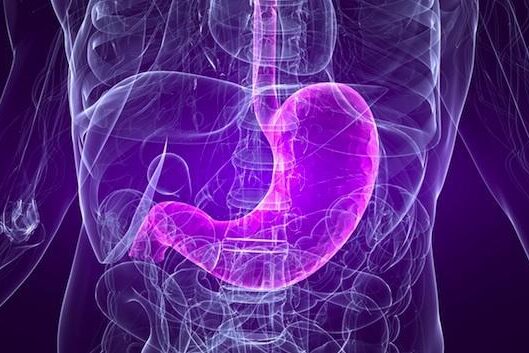 Obesity and overweight are two of the main health problems in the West, as they lead to more diseases and a worse quality of life in general. Science has been fighting obesity for decades, but it has yet to discover the ultimate weapon. For now.

Currently, a research is being conducted in the UK that focuses on one goal: stopping the so-called ‘hunger hormone.’ It’s a procedure that could reduce the desire to overeat and reduce weight in just 40 minutes. As The Sun reports, a trial, led by Ahmed R. Ahmed, a bariatric surgeon at St Mary’s Hospital in London, will make almost 80 volunteers undergo a procedure called bariatric embolization with the aim to turn off ghrelin, better known as the ‘hunger hormone.’ Ahmed said that if bariatric embolization became mainstream, patients could be out of the hospital in two hours. “You can come in hungry and get out not feeling hungry any more,” he said.

Ahmed explained that the speed and low cost of the method would open up obesity treatment to many more people, but he said its effectiveness would have to be tested first. “We really need to know if the intervention actually has an effect, and whether it’s not just a placebo effect.” The operation, performed with local anesthesia, involves making a small cut in the groin or the wrist and passing a hollow wire through the blood vessels. Microscopic beads are then deposited in an artery that serves the upper stomach, or fornix (also called fundus), which will block, and thus, reduce ghrelin production. Small-scale studies have found that obese patients lose on average almost 10% of their body weight after undergoing the procedure, although some of them lose much more weight.

The details of the research

Ahmed’s team is recruiting 76 obese volunteers, each with a body mass index between 35 and 50. Half of them will have blocker beads inserted; the rest will receive a saline solution as a placebo and they’ll be followed up during one year. The trial has received £1.2 million from the NHS National Institute for Health Research and is endorsed by the Imperial College, London. The United States is also working in the same direction. Dr Clifford Weiss at Johns Hopkins University School of Medicine in Baltimore, Maryland, is conducting a parallel trial of 64 American patients. He said: “The goal here is to make patients healthier in the least invasive way possible.”