Unfounded fears that sweeteners are contributing to the diabesity epidemic? 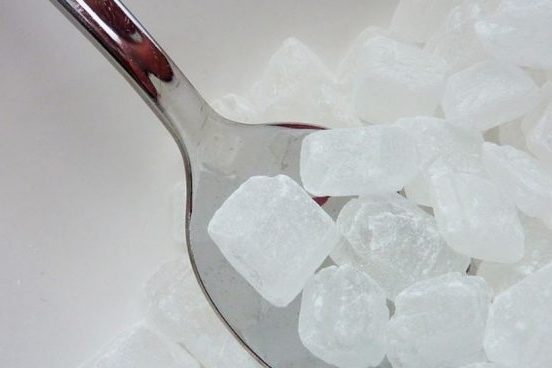 Confusion and misunderstandings still surround artificial sweeteners and are hurting the fight against obesity and diabetes, according to research led by Liverpool Hope University, UK. Researchers are calling for an education campaign to improve the reputation of non-nutritive sweeteners in order to get more people to switch to artificial sweeteners.

Low-calorie non-nutritive artificial sweeteners like aspartame, saccharin, sucralose, and stevia contain fewer calories than sugar and can also help maintain blood sugar levels, which are crucial factors in preventing weight gain and diabetes. The findings presented in the paper, ‘Awareness and Perception of Non-nutritive Sweeteners among the UK Adult Population’, published in Nutrients, reported on appraisals about sweeteners through an online survey including nearly 1,600 adults in the UK, with participants recruited on different social media platforms.

“However, sweeteners have earned a bad reputation over the years and it is really important to educate consumers and healthcare professionals about them, and how there is now a real consensus among experts as to what their benefits are,” Dr. Grace Farhat stated. Farhat is a professor of Food Science and Nutrition at Hope and led the national survey. “Essentially, sweeteners have been shown to help control weight and glucose compared to sugars. It is something that could help reduce the epidemic of obesity and diabetes when used as an alternative to sugar, and something important to tell people is that “artificial” does not mean harmful.

The study revealed some widespread concerns about sweeteners

…And many agreed with the statements that suggested:

Farhat said these opinions are not supported by recent evidence and a 30-year research that once claimed that there existed a link between cancer and sweeteners has been completely debunked and disproven by multiple research teams. “It is important to note that the original cancer research, in particular, involved testing on animals, not humans. There is no scientific evidence supporting the fear around sweeteners. Such concerns are unfounded, and therefore, we need to educate consumers to try to fight these concerns.”

Research from Liverpool Hope University found that older people in particular were concerned about the alleged harmful effects of sweeteners, while people aged 25 to 34 were the least concerned.

“We need to tell people that extensive research on sweeteners has been conducted showing their benefits. All authorities, including the European Food Safety Authority (EFSA), the Food and Drug Administration (FDA), have confirmed the safety of sweeteners. And when you think of a product like Stevia, for example, it actually comes from a South American plant and could be considered more ‘natural’ than many processed sugars.”

A new perspective about other sweetners

The good news about Hope’s research is that Dr. Farhat, and study co-authors Dr. Leo Stevenson and Fleur Dewison were able to show how easy it is for sweeteners to win hearts and minds. In the second part of the survey, participants received up-to-date scientific information on sweeteners exploring their benefits.

After reading the text, 44% of those surveyed said they were not aware of this information, 33% stated that they “changed their mind”, while 19% remained unconvinced. “Although our survey does not provide enough data for us to know how people might change their consumption habits over a long period of time, we showed that even sharing simple information with them helped improve the reputation of sweeteners,” Farhat added. “And if we can share this information much more widely, particularly through social media or a brochure campaign, it could really help get the right message out to consumers. Knowledge and awareness about the safety of sweeteners is essential”.

This knowledge and information could be shared through a wide variety of media, from government health agencies to regulatory organisms. “Social media is the most powerful tool, but the social media message must come from a trusted authority or regulatory body, such as the NHS, to get the message out. It’s not going to happen overnight, but over time we can help change people’s minds. I would also say that now is a good time to start this process. People have gained a significant amount of weight during the pandemic. It may be a good idea for these people to monitor their energy intake. And sugar in snacks is consumed the most. While long-term studies on sweeteners are still being conducted, we have substantial evidence to establish their beneficial role in controlling glucose, appetite and weight”.

This research did not receive external funding.