Diet in 2050: Double the fruits and vegetables, reduction of red meat and sugar 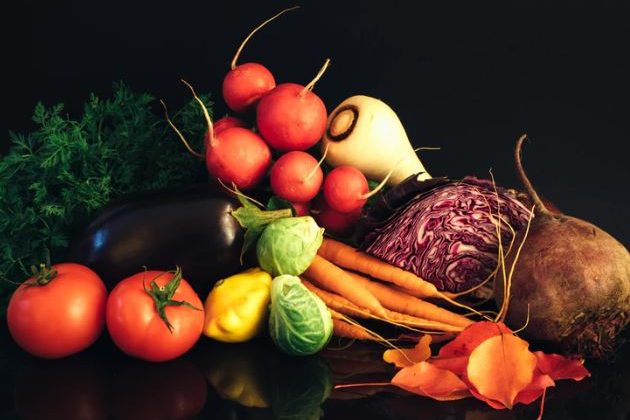 The sustainability of a healthy diet for 10,000 million people by year 2050 is the challenge of 37 scientists recruited by the EAT Foundation, a global platform for the transformation of the dietary system, which advises in a report to double the consumption of fruits and vegetables and reducing the consumption of red meat and sugar. The paper was published in “The Lancet.”

Harvard professor, Walter Willett, one of the creators of this report, points out that “the pathway to healthy diets by year 2050 will be require substantial changes” in the way we eat.

He also points out “a diet rich in plant-based foods and less animal-based foods provides a good health and environmental benefits.”

The non-profit global foundation created by the Stordalen Foundation, the Stockholm Resilience Center and the Wellcome Trust to boost a transformation of the dietary system, has published this report with the aim to respond to the main goals.

Co-chaired by Walter Willett and professor Johan Rockström, the EAT-Lancet Commission features 19 commissioners and 18 co-authors from 16 countries and different fields such as human health, agriculture, political science and environmental sustainability.

His proposal advocates the transition to healthy, tasty and sustainable diets; realigning the priorities of the dietary system for people and the planet; producing more of the right food in a more efficient way; safeguarding the oceans and the Earth; and radically reducing food waste.

Willett, from Harvard University T.H. Chan School of Public Health, and his colleague Johan Rockström from the Potsdam Institute for Climate Change Research and the Stockholm Resilience Center, have co-lead the work, which has incorporated elements such as the impact of diet in mortality.

This commission looked at the potential impacts of diet change on mortality by illnesses related to diet with three approaches.

They concluded that the shift from current diets to healthier ones is likely to produce important benefits for people’s health and to prevent roughly 11 million deaths each year, which represents 19%-25% of total deaths in adults.

Commissioners are proposing a threshold within which the global production of food should remain in order to diminish the risk of irreversible and potentially catastrophic changes in the Earth system.

The scientists who have participated in this study take the Paris Agreement for the limit of climate change with regard to the production of food that is trying to set global warming under 2°C, with the objective of 1.5°C, and decarbonizing the world’s energy system by 2050.

They also assume that the world’s agriculture will shift towards sustainable production of foods, which will lead to a land use change that will turn it from a net source of carbon to a net drain of carbon.

According to the document, a combination of substantial changes towards traditional patterns mainly based on plants with drastically reductions in food waste and improvements in the practices of food production, results inevitable.

According to him, “it constitutes the most important driver of environmental degradation and transgression of planetary boundaries and the result of the addition of both is something serious.”

Therefore, he warns that “a radical transformation of the world’s dietary system is urgently necessary” and he adds that if nothing is done “the world might fail to comply with the Sustainable Development Objectives of the UN and the Paris Agreement.”

Considerations of the meat industry

With regard to this report, the meat industry has distributed a text in which it points out that the meat consumption in Spain lies within the guidelines established by international health organizations; meanwhile it reaffirms its commitment to a diverse and balanced nutrition within the context of the Mediterranean Diet, which includes all groups of foods with the healthy consumption degrees recommended by the scientific community.

In this regard, the Carne y Salud Platform emphasizes that meat is a food with important nutritional benefits, which provides high biological value proteins, B group vitamins and minerals such as phosphorous, zinc and iron.